Pink Mold on a Piece of Firewood 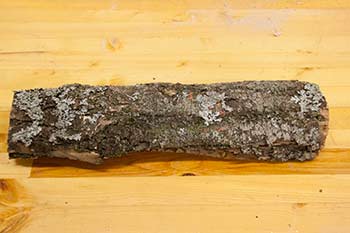 One morning, while I was making a fire in the wood shop, I noticed that the firewood had pink spots.

When I looked more closely I realized that these were not paint or pieces of plastic but rather mold or fungus of some kind.

Near fluorescent pink is not a common colour on firewood so I decided to have a good look.

The pink spots in the centre area are barely visible in the photo.

I went to my faithful computer and asked Mr. Google to show me pink mold pictures. He sent me the usual great pictures. As close as I can figure out, my mold is a pink slime mold. It's definitely not a mushroom, does not seem to have any particularly distinctive shape and is quite blobby. My wood was barely damp so it's probably quite dried out.

It might be Enteridium splendens. The naming and classification of slime molds doesn't seem to have been completely sorted out yet. Splendid it was in bright pink that would make plastic toy manufacturers jealous. My photos are a bit dull. 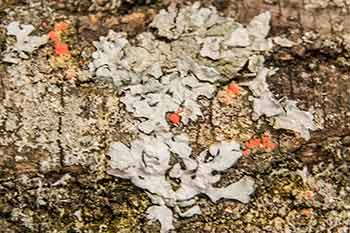 I took out the binocular microscope and had a look.

There is lichen a plenty and surprisingly bright pink mold.

This wood is from an ash tree that had died because of the Chinese Emerald Ash Borers. It grew in quite a dense bush and was covered with lichen. 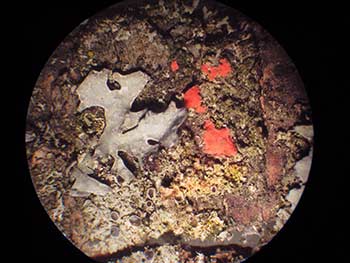 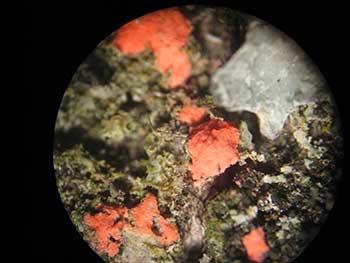 This image is enlarged about 30 times, the second one about twice that.

Even as dried out as it is, the pink is still vibrant, my photos are a bit duller than reality.

Slime moulds can actually move and will go the areas with more food. They feed on microorganisms that live in any type of dead plant material. There are hundreds of different kinds of slime mould but are not noticed much because for the most part they are quite small. Here is the Wikipedia Article on Slime moulds. 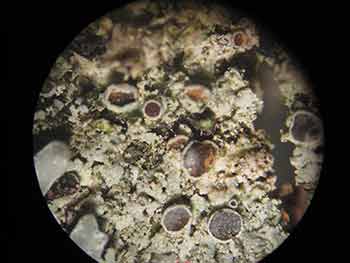 There were also a number of pieces of lichen and of round lichen fruiting bodies on the piece of wood. 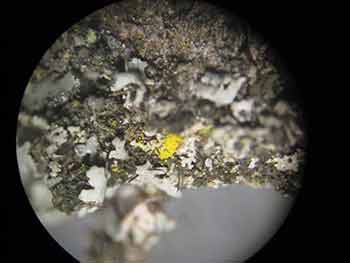 In one spot there was a cluster of yellow mould. It could very well be a yellow variety of slime mould. The focus was harder to hold because it is under a higher bit of lichen in a little cave.

The yellow bits were quite small. The magnification is twice what the pink mould is.

This information is for general knowledge. Jack in the pulpit is poisonous, don't eat it unless you know what you are doing. Don't pick it just for fun. This will weaken the plant and gradually it will die.

Self sufficiency on 1/4 acre